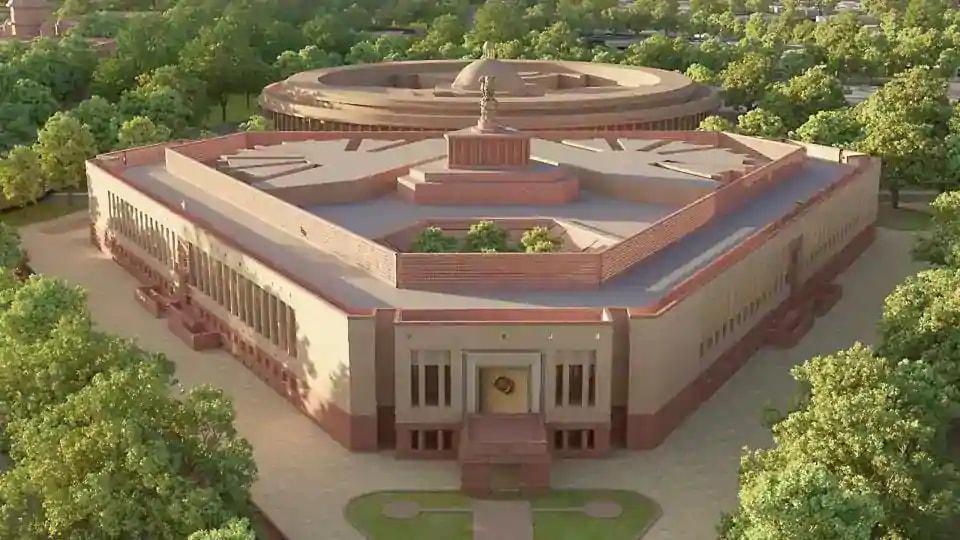 The Shiv Sena slams central government and said that while smaller countries in the neighbourhood are offering help to India to tackle COVID-19, the Modi government is not even ready to stop the work of the multi-crore Central Vista Project .

The party also said that the system created in the past 70 years by previous prime ministers, including Pandit Nehru, Indira Gandhi and Manmohan Singh, has helped the country live through the tough times that it is facing today.

“The UNICEF has expressed fear that there is a threat to the world from India due to the pace at which coronavirus is spreading in the country.

It has also made an appeal that maximum number of countries should help India in the fight against COVID-19. Bangladesh has sent 10,000 Remdesivir vials, while Bhutan has sent medical oxygen. Nepal, Myanmar and Sri Lanka have also offered help to ‘aatmanirbhar’ India,” the Sena said in an editorial in its mouthpiece ‘Saamana’.

The Central Vista is a grand redevelopment project for building what will be the power corridor of India, having a new Parliament building, a common central secretariat and revamped three-km-long Rajpath, from the Rashtrapati Bhavan to the India Gate.

The Supreme Court has ordered the government to halt all construction activities on the Central Vista project.

The Supreme Court warned the government not to carry out any work on the Central Vista project until it decides on a bunch of 10 petitions challenging the mega redevelopment plan.

The Supreme Court was particularly unhappy over a press release by the government that said the construction was to begin, and that translocation of trees was underway despite the court having reserved order on November 5 on the matter.

Prime Minister Narendra Modi is scheduled to perform the groundbreaking ceremony for the Central Vista project on December 10.

The Supreme Court has allowed “bhoomi pujan” provided, the three-judge bench headed by Justice AM Khanwilkar said, “if you [the government] do paperwork, or lay foundation-stone but no construction should be done”.

What is the Centra Vista project?

The Central Vista redevelopment project is a construction plan to give India’s power corridor a new spatial identity in what is usually called the Lutyen’s Delhi.

Texisting buildings for Parliament, various offices of the central government, the residence of the prime minister and also the vice-president’s house, in the view of the government, have been found to be inadequate.

New buildings will be constructed along the Rashtrapati Bhavan-India Gate stretch of the Rajpath in New Delhi.

Under the Central Vista project, the residence of the prime minister is likely to be shifted near the South Block that houses the Prime Minister’s Office (PMO). The vice-president’s new house will be closer to the North Block.

The “North” and “South” Blocks are named so for their location north and south of the Rashtrapati Bhavan.

According to the Central Vista redevelopment plan, North and South Blocks will be converted into museums. However, the current residence of the vice president is among the buildings identified for demolition.

Highlights of the Central Vista project.

The new Parliament Building Complex, triangular in shape spread over 64,500 square metre, is described as the pivot of the Central Vista project design. It is to be much bigger than the existing Parliament building and will be able to house 1,224 Members of Parliament.

The Lok Sabha chamber will have a seating capacity of 888 MPs while the Rajya Sabha chamber will accommodate 384 MPs. The increased capacity of the chambers has been provisioned for keeping in mind future increase in the number of MPs. Currently, the Lok Sabha has 545 MPs and the Rajya Sabha 245. All MPs will have separate offices in the new building.

The Parliament House building will continue to be in use by retro-fitting it to provide more functional spaces for parliamentary events.

The new Parliament building will be equipped with the latest digital interfaces as a step towards creating ‘paperless offices’.

A monitoring committee drawing members from the Lok Sabha Secretariat, the Ministry of Housing and Urban Affairs, the CPWD, the NDMC and architect/designer of the project will monitor the construction work.

The Parliament building complex is expected to be complete by 2022. The Central Vista project has a work completion deadline of 2024, when the next Lok Sabha election will take place.

The existing Parliament building complex took six years in construction – from foundation stone laying on February 12 in 1921 to the inauguration by then Viceroy Lord Irwin on January 18 in 1927.

The construction cost back then was Rs 83 lakh – a princely sum in those days.