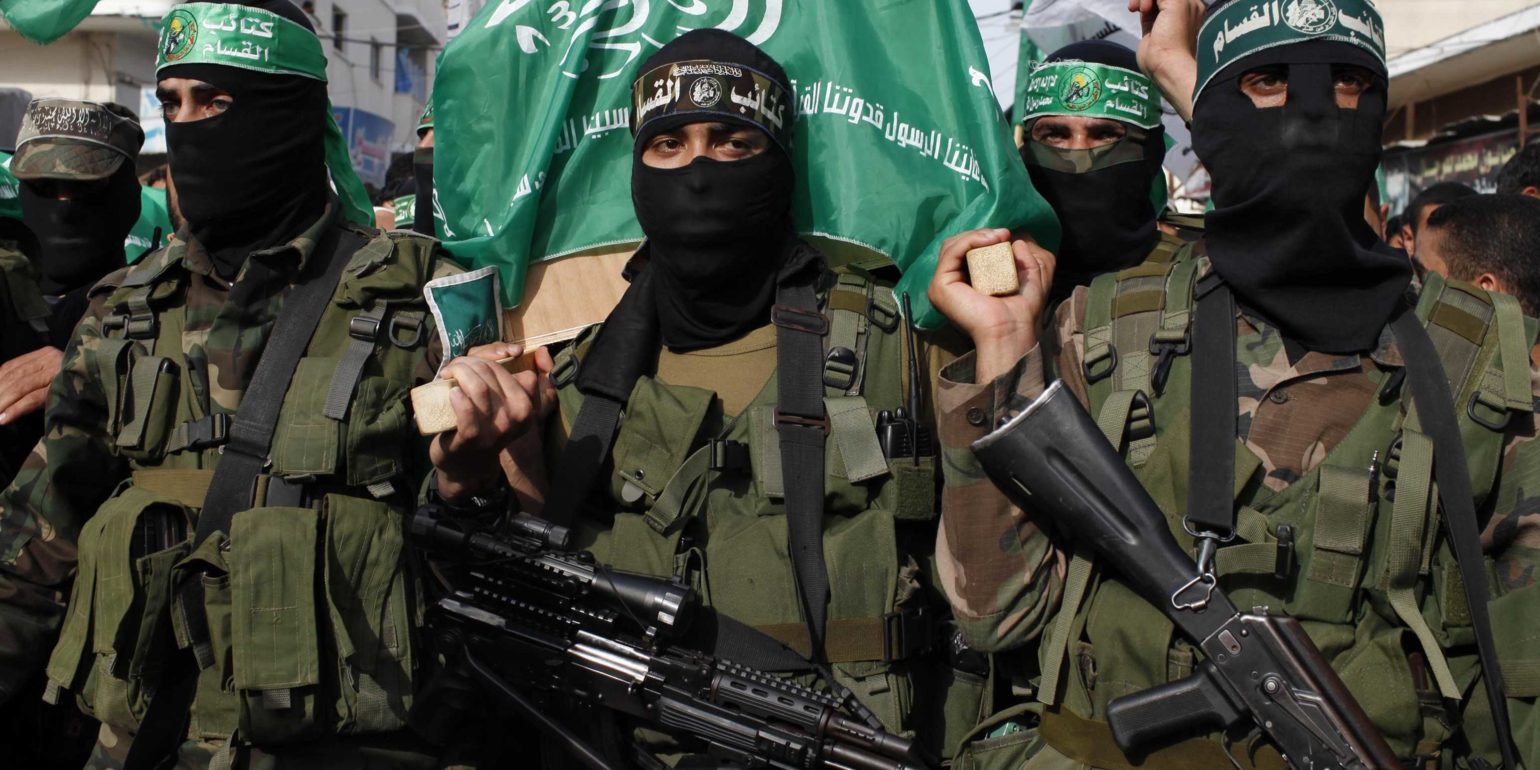 Hamas is a Palestinian Islamist political organization and militant group that has waged war on Israel since the group’s 1987 founding, most notably through suicide bombings and rocket attacks.

It seeks to replace Israel with a Palestinian state. It also governs Gaza independently of the Palestinian Authority.

Hamas’s charter long called for the destruction of Israel. It was revised in 2017 to allow for acceptance of a Palestinian state in the West Bank and Gaza Strip rather than the entire territory, though Hams still refuses to recognize the legitimacy of the Israeli state.

Hamas led the charge in using suicide bombings against Israel in the 1990s and 2000s, though in recent years it has shifted to rockets and mortars as its weapons of choice.

The organization also offers Palestinians a robust network of social services, which it developed as an alternative to deeply corrupt PA institutions.

In 2006, Hamas won a slight majority of the seats in the Palestinian Authority legislative elections.

This would have put Hamas in a commanding position for both the West Bank and Gaza, but there was a problem: Hamas refused to accept previous deals that the PA had made with Israel.

That lead Western powers to freeze out aid, which the PA depends on, to any Hamas-led PA.

Tensions between the PLO and Hamas eventually escalated to outright war between the two factions, which ended up with Hamas governing Gaza independently from the West Bank–based PLO.

Unity talks between Hamas and the PLO have broken down repeatedly, which means there is no unified Palestinian authority, complicating peace talks significantly.

In late 2017, the two sides reached a preliminary unity agreement, but it’s still unclear whether this will lead to an actual united government of any kind.

Regardless of how the current round of fighting between Israel and Hamas ends, the Gaza-based terrorist group believes it has already managed to obtain a number of achievements, especially with regard to scoring points with the Palestinian public.
First, Hamas succeeded in hijacking the protests that erupted between Palestinians and the Israel Police in Jerusalem at the beginning of the holy month of Ramadan.
Also read – What’s app new privacy policy.Here’s what if you don’t accept?
The protests over the police barriers at Damascus Gate, the planned eviction of a number of Palestinian families from their houses in Sheikh Jarrah and visits by Jews to the Aqsa Mosque compound on the Temple Mount turned haved into large demonstrations in support of Hamas.
When Mohammed Deif, commander of Izzadin al-Qassam, the so-called “military” wing of Hamas, issued a rare threat against Israel over the Sheikh Jarrah dispute, many Palestinians in Jerusalem began chanting slogans praising him and Hamas.
Second, Hamas’s decision to fire rockets at Jerusalem  has enabled it to present itself as a credible “resistance” group that is prepared to do anything to support the Palestinians in Jerusalem and stop Israel from carrying out its purported scheme to “Judaize” the city and “change the historical and legal status” of the Aqsa Mosque compound.
Third, Hamas now appears, at least in the eyes of many Palestinians, as the only Palestinian faction that is willing to stand up against Israel to “defend” Islam’s third-holiest site and “thwart” Israeli “conspiracies” against the Palestinian residents of Jerusalem.
This is at a time when the reactions of the Palestinian Authority and the Arab and Islamic countries are restricted to paying lip service to al-Aqsa Mosque and Palestinians in Jerusalem.
Fourth, by commandeering the Jerusalem protests, Hamas has drawn attention to PA President Mahmoud Abbas’s incompetence in dealing with the crisis.
Abbas is now being depicted by Hamas and other Palestinians as a weak leader who has failed to stop Israeli “aggression” on the Aqsa Mosque and in Jerusalem.
Also read – 5G trials set to begin in India.Launch update soon.
Worse, the 85-year-old PA president is again being denounced by Hamas and other Palestinians because of the ongoing security coordination between the Palestinian security forces and the IDF in the West Bank.
During some of the protests at Damascus Gate, Sheikh Jarrah and the Aqsa Mosque compound, many Palestinians chanted slogans condemning Abbas as a US “agent” and an Israeli “collaborator.”
Fifth, the latest round of violence has enabled Hamas to return to center stage as Egyptian, Qatari and UN mediators are making efforts to reach a new ceasefire between the terrorist group and Israel.
While Abbas and the PA say they are working with several international parties to end the fighting in the Gaza Strip, Hamas leaders Khaled Mashaal and Ismail Haniyeh also have been contacting world leaders in an attempt to reach a new truce.
Hamas’s diplomatic efforts are seen as yet another sign that the Palestinians have two separate leaderships in the West Bank and Gaza Strip.
The efforts are also seen in the context of Hamas’s strive to gain legitimacy in the international arena and tighten its grip on the Gaza Strip.
Abbas’s decision in late April to postpone the Palestinian parliamentary and presidential elections, which were set to take place on May 22 and July 31, respectively, deprived Hamas of the opportunity to display its power through the ballot box.
But the events of the past few weeks have allowed Hamas to show that it remains a major player in the Palestinian arena and is popular among the Palestinians.
Hamas was planning to run in the parliamentary election with a list named “Jerusalem is Our Destiny.” It was hoping to make Jerusalem the main theme of its election campaign by presenting itself as the “defender” of al-Aqsa Mosque and promising to pursue the fight against Israel “until the liberation of Jerusalem.”
Hamas is now boasting that it is the only Palestinian group that fulfilled its promise to retaliate against Israel over the Jerusalem unrest. The message Hamas is sending to the Palestinians is that “‘Jerusalem is Our Destiny’ is not just another empty slogan.”
After Abbas announced his decision to delay the elections on the pretext that Israel had refused to allow the vote to take place in Jerusalem, Hamas called on the Palestinians to step up the “popular resistance” against Israel, particularly in east Jerusalem and the West Bank.
Hamas was hoping that a new wave of anti-Israel violence would embarrass Abbas, undermine the PA and drag them into a confrontation with Israel.
But Hamas stopped short of directly urging the Palestinians to revolt against Abbas, lest it be accused of fomenting a Palestinian civil war.
Hamas leaders are now rubbing their hands with glee as they watch thousands of Palestinians on the streets of Jerusalem chanting “We are all Mohammed Deif,” raising Hamas flags at al-Aqsa Mosque and denouncing Abbas as a “traitor.”
Also read – What’s the reason of conflict between Israel and Palestine?