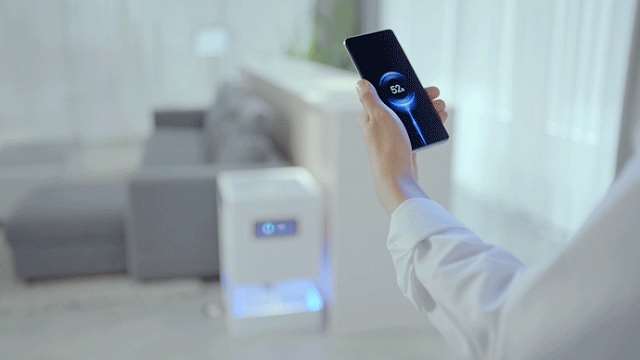 Xiaomi has launched the Mi Phones Air Charge technology and with the help of this technology, users will be able to charge the device on the go.

The special thing is that this technology is capable of charging multiple devices simultaneously.

While new changes are being seen in the days of smartphones, charging technology has also changed a lot.

It is a remote charging technology of the company and it can be used to charge multiple devices simultaneously.

Not only this, with the help of technology, users can also charge their smartphone on the go.

Giving information in his blog, Xiaomi has stated that the main technology of new remote charging lies in space positioning and energy transmission.


For this, Xiaomi has provided a five-stage built-in antenna.

A transmitting millimeter wave made of 144 antennaes transmits the web directly to the phone via beamforming.

The transmitter of the technology launched by the company is equal to the size of a side table.

Which provides 5W wireless charging of the smartphone.

The good thing is that no physical object will be able to interrupt charging.

With this technology, users will not need any cable nor which stand to charge the device.

Using this, you will be able to charge not only smartphones but also fitness bands and other wearable devices.

The company says that ‘we are very excited to introduce the Mi Air Charge technology.

With the help of this technology, you can charge your device during gaming or even while walking on the way.

However, the company has not revealed in the blog when the Mi Air Charge will be officially launched.