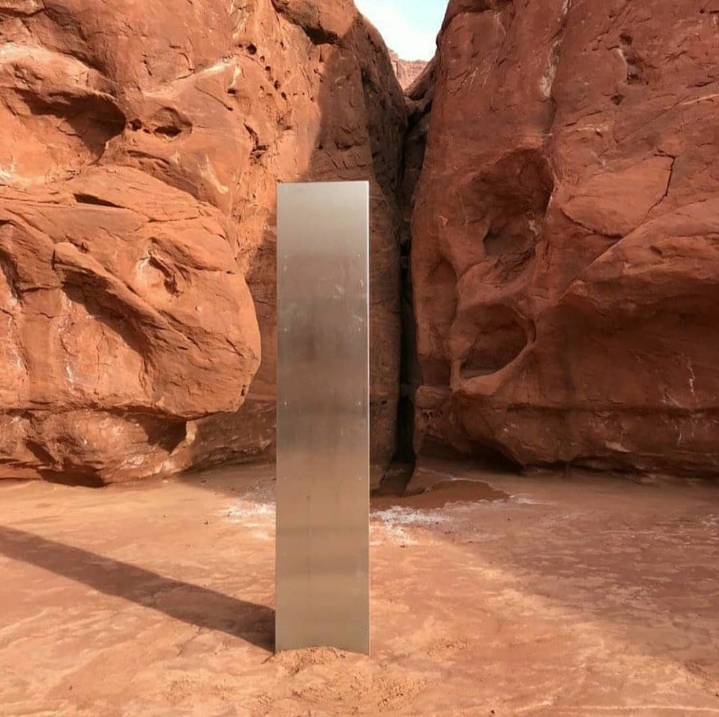 A monolith , a sheet metal structure that has mysteriously appeared and disappeared across the different regions of the world is spotted at Joggers park in Subarban bandra in Mumbai recently.

This was the second time in India when monolith appeared .

At first,it was spotted in Ahmedabad , Gujarat.

Several of these talks and bright structures have now being find at regions around the globe.

However without any explanation since mid November 2020.

Where was the first meeting monolith discovered?

The first monolith was discovered in a remote canyon region in Utah(United States) on November 18.

It disappeared as it mysteriously appered on November 27.

Similarly, these structures were spotted in 30 different countries These countries are France,Germany,Romania, Morocco and now in India.

Amid the controversies relating aliens and UFO going on.

As ananonymous collective called The most famous artist has taken the credit for Utah and California monoliths selling them for $45,000 each.

However, no one has claimed responsibility over the European monoliths.

Some people thought that aliens are trying to propagate on the Earth and others have a thought of conspiracy in their mind.