Skip to content
Lets us start our journey to the top ten tallest buildings in the world .Many of you have probably seen recent news coverage of the u-shaped, curved skyscraper currently being proposed by a New York City architectural firm. Although it seems to defy the laws of gravity and science, it may soon become a permanent fixture of the NYC skyline. The “Big Bend” – as it is already being called – got us to thinking about the other architectural marvels scattered across the plant. You will see the power of Chinese construction and architectural structure  in top 10 world’s tallest buildings. Here you will know not only about tallest buildings but also their features in details.
Now we will crawl from the bottom to the top… 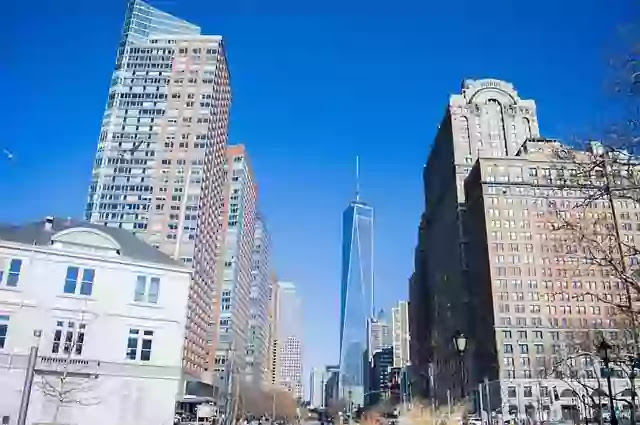 The International Commerce Center is a 1,588ft. (484 m) skyscraper, complete with 108 floors and 83 elevators, in Tsim Sha Tsui,Hong Kong.Initially building design was that of tower which was approximately 1900 ft long. The building was originally designed to tower close to 1,900 ft. (574 m) but there were regulations that required no building be taller than the surrounding mountains. Primarily for commercial offices and hotel space, construction by Sanfield Building Contractors Limited began in 2002 and ended 8 years later in 2010. With the reduction in height, the building might have taken less time to construct if it weren’t for a halt in production in 2009 due to an elevator shaft accident that killed six workers. 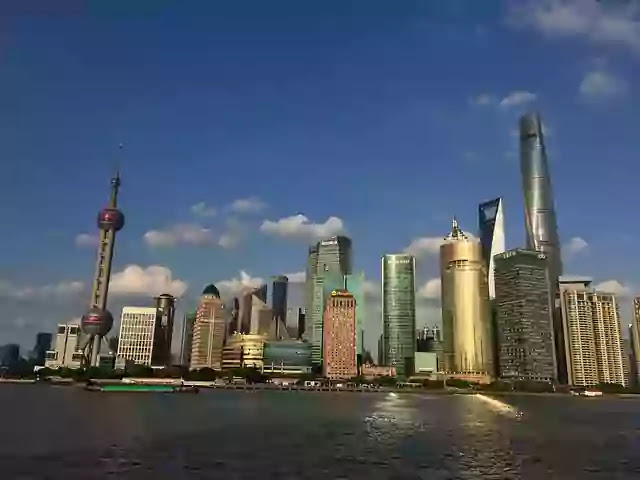 The Shanghai World Financial Center is a 1,614 ft. (492 m) tall skyscraper located in Pudong, Shanghai, China. Commissioned by the Shanghai World Financial Center Company, the China State Construction Engineering Corp took a little over ten years to build the structure, spanning from 1997 to 2008, and costed $1.2 billion dollars. With 101 floors and 91 elevators, the neo-futuristic structure is used for office and hotel space, but also features retail locations, observation and recreation spaces, and a museum. This building isn’t the only towering structure in Shanghai. The ancient chinese city will be feature dagain later on in this top 10 list! 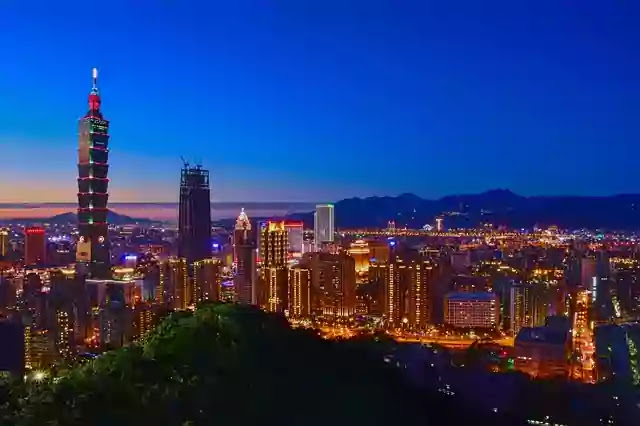 Taipei 101, formerly known as the Taipei World Financial Center and it was the world’s tallest buildings in 2004. Construction began in 1999 and ended five years later, costing just under $2 billion dollars. The post modern architectural structure was built by Samsung C&amp;T and KTRT Joint Venture, towering at 1,671 ft. (509.2 m.) with 101 floors and 61 elevators. Taipei 101 is strictly an office building but is renowned for holding New Year’s Eve firework shows. The ‘101’ is meant to symbolize the renewal of time: the new century that has arrived and all of the new years that will follow. 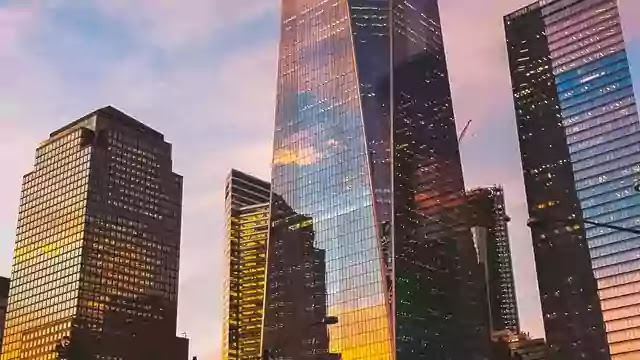 For the sake of pronunciation and the fear of slipping up on it, we’ll call the Guangzhou Chow Tai Fook Finance Centre , the CTF Finance Centre or the East Tower. Commissioned by Chow Tai Fook Enterprises, construction began in September 2009 and ended 7 years later. Coming in at 1,739 ft tall (530 m), with 111 floors and 95 elevators, it spans over 5 million square feet, and contains 355 apartments, 251 hotel rooms, and 1,705 parking spaces. Holy fook, that’s an enormous building! 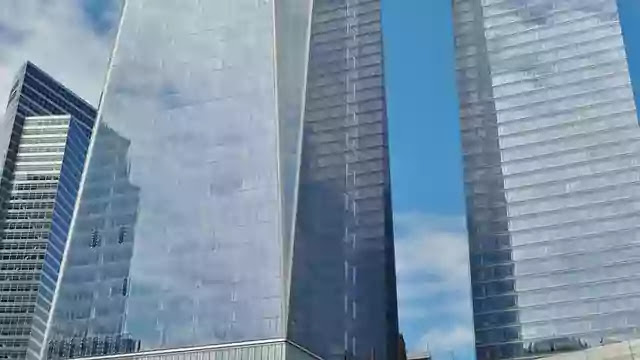 The One World Trade Center has many alternative names including: 1 WTC or the Freedom Tower. Building on the concept of Freedom, it’s the first and only building on our list that is in the United States of America, specifically in Lower Manhattan, New York City. A rebuild of the original World Trade Center, destroyed by terrorists on September 11, 2001, it is the tallest building in the Western Hemisphere, towering at 1,776 ft. (541.3 m), which is, coincidentally, the very year the Declaration of Independence was signed. Tishman Construction began building in April 2006 and completed the structure in July 2013. There are 104 floors and 73 elevators, as well as office, observation, and communication spaces throughout. 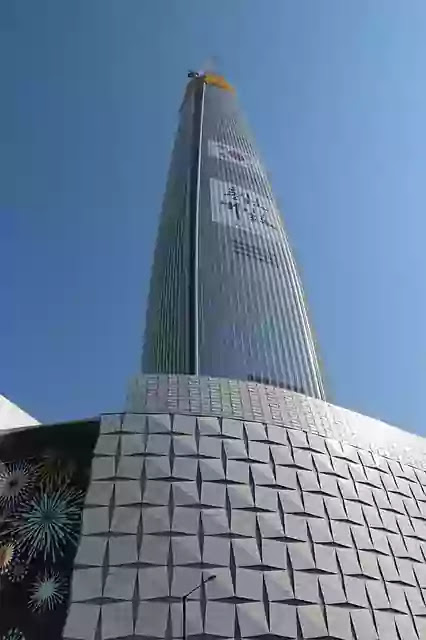 The Lotte World Tower is a 123-floor, 1,819 ft (554.5 m) “supertall” skyscraper that recently finished construction during March of 2016. It is currently the tallest building in the Organization for Economic Cooperation and Development (OECD). Located in Seoul, South Korea, the hotel and residential building broke ground in May 2009 and construction began in February of 2011.

The Ping An International Finance Center was commissioned by Ping An Insurance and built by the China Construction First Building Group however Located in Shenzhen, Guangdong, China, this building took 6 years to complete, from 2010-2016. Used for office and retail space, the Business District building contains 115 floors and 80 elevators to take you up 1,969 ft. (600m). The building cost $678 million to build, and covers over 4 million sq. ft. (386k+ meters sq.). Apparently, some people have confused this building with a mountain, as several daredevils from around the world have made attempts to climb to the top; some even used a crane to access it while it was still under construction. 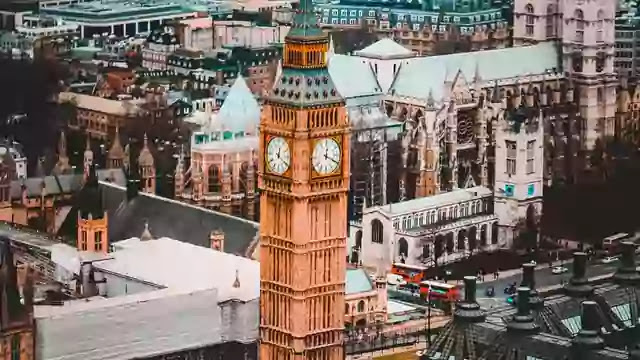 The Abral Al-Bait, translated as “The Towers of the House” is a government owned complex of not one, not two, but seven skyscraper hotels in Mecca, Saudi Arabia. The clock tower is not the tallest building but it does contain the world’s largest clock face. The skyscraper rings in – or chimes in – at 1,972 ft (601 m)and covers over 3 million square feet (300k+ meters sq.). This $15 billion building is a post modern skyscraper made of steel, concrete, glass, natural stone, and marble. The clock tower was built by the Saudi Binladin Group and contains 120 floors and 96 elevators. 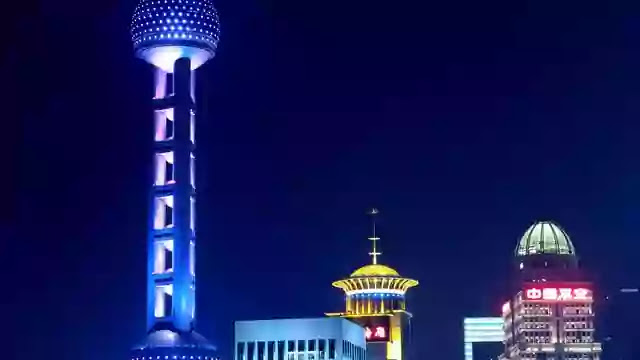 The Shanghai Tower, formerly known as the Shanghai Center, is a 2,073 ft. (632 m) sky scraper located in Lujiazui, Pudong, Shanghai, China. This building become the highest building of the world in 2015 and it still has the world’s highest observation deck and the world’s fastest elevators, with a speed of 46 mph (74 km/h or 20.5 m/s). With 106 elevators, it’s a wonder how long it would take to visit all 128 floors. City government owns Shanghai Tower and its uses are  office work , retail, and leisure. Construction by the Shanghai Construction Group began in November of 2008 and ended in February of 2015. This building cost 15.7 billion…. Yuan; in US currency, that’s about $2.4billion. The Burj Khalifa, or the Burj Dubai, is Arabic for “Khalifa Tower.” It is known as a “megatall” skyscraper, located in Dubai, United Arab Emirates. It stands at a staggering 2,722 ft. (829.8m), making it the tallest building in the whole wide world. It cost $1.5 billion to build, and took architect Adrian Smith and the rest of the developers and contractors, 5 years to complete, from 2004 to 2009. The building features 163 floors, of which 154 are usable, 2 below-ground parking levels, and it is optimally  for hotel and residential space. Wondering how to get to the top? Thanks to the Otis Elevator Company, you can choose from 57 elevators.


Top Ten Tallest Buildings in The World are some of the greatest tourist attractions and busiest areas in their respective cities. Even though some of the tallest buildings have been around for years but many of the buildings that made the top 10 were completed with in the last few years. Have you ever been to any of the buildings on this list?
You must read – How to Play Chess to train your mind
20.59368478.96288