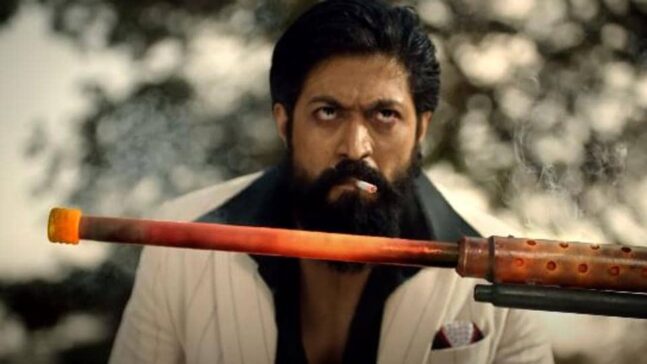 K.G.F: Chapter 2 is an upcoming Indian Kannada-language period action film written and directed by Prashanth Neel and produced by Vijay Kiragandur under the banner Hombale Films.

The second installment of the two-part series, it is a sequel to the 2018 film K.G.F: Chapter 1.

After a huge success of KGF chapter 1 in india.The director Prasanth Neel is all set to release the sequel of the most awaited film of the decade.

The Yash starer film made a huge impact on fan’s heart.It collects more than 250 crores and become a super hit .

KGF Chapter 2 has created an unprecedented buzz as it has already made many records after its teaser went viral and become the talk of the town.

What is the central theme of the movie?

The sequel will see Rocky fighting for the people and eventually face Adheera (played by Sanjay Dutt) in the climax. In the first part, Yash’s Rocky promises his mother that he will not die in poverty. With the KGF: Chapter 2 teaser, the makers promoted the film saying that the ‘promise will be kept.

K.G.F: Chapter 2 was originally scheduled to release in theatres on 23 October 2020 but the release was postponed due to the COVID 19 pandemic.

Now filmmakers announced that the movie is released on 16 July 2021 in Telugu,Tamil,Hindi,Kannad and Malyalam language.