Skip to content
Burgeoning COVID cases exponentially throughout the country , border conflict with Nepal and Pakistan , stagnancy of economy substantially India & China Confrontation proved to be yet another misery for miserable man which impinged our national prestige , sovereignty and undermine our territorial dignity .
Galwan valley bloodshed probe our hearts and watershed our relation with Dragon. 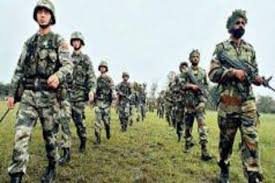 Conflict occurred when Indian troops with around 50 soldiers and 16 Bihar Regiment commanding officer Colonel Santosh Babu went on patrolling in uncharted region of Galwan valley argued Chinese troops for erecting structures which was not contractual .
Gradually argument turned chaotic and ambushed Chinese troops attacked unarmed our militants and rest is irksome history. Border dispute reflects the melancholy state in deep down the people’s  minds but ironically this painstakingly endeavor of soldiers will waned in public memory with course of time .
Our so called leaders justified it by passing out platitudes and false claims of to avenge the sacrifice. This begs the question that why political officials emphasis more on condolences instead of better strategies which could have deferred Uri , Pathankot and many bloodshed of ours militants .
Wavering and dubious behavior of leaders had cost numerous live and many more in future , to be blunt.
Issue got resurfaced when Prime Minister called for all party meeting to discuss the problem and to get proper conclusion .But overwhelmingly Mr Modi proclaimed  that “Neither is anyone inside our territory nor is any one of our post has captured”.
Remarks escalate and reported by several media outlets and social media.
Central government suffered unpleasant result and faced criticism when Indian MEF clarify regarding the intrusion of Chinese troops In LAC and sacrifices of the soldiers of the 16 Bihar Regiment foiled the attempt of the Chinese side to erect the structure and also cleared the attempted transgression at the point of LAC on 15th June .
Remarks of no intrusion may befitting decision for Right Wing but it’s contentious for the opposition and dissidents . Congress is asking for the clarification on Limbo Political situation . It argued that if there was no intrusion , how 20 soldiers died as we didn’t enters beyond LAC.

We all are fighting many battles in same juncture and we have to triumphed each one of them to maintain our sovereignty , unity , dignity. Most important economy for the dynamic growth of nation. Burgeoning Corona cases presents red flag .
At the time of fetal Pandemic , when government prime focus is to control it , Confrontation with dragon  has waned approach to curb the spread of Pandemic .
Forming befitting policies and taking unequivocal decision will long way to deal with disincentive conflicts.
We must conceded that current  political situation after India & China Confrontation  are chaotic and whimsical which have given birth to turmoil. At this juncture government should use its diplomacy to strengthen relation with West. After all enemy of enemy is friend of mine. Impact on Chinese economy after India banned 59 apps.

2 thoughts on “India & China Confrontation : Behind the scenes”