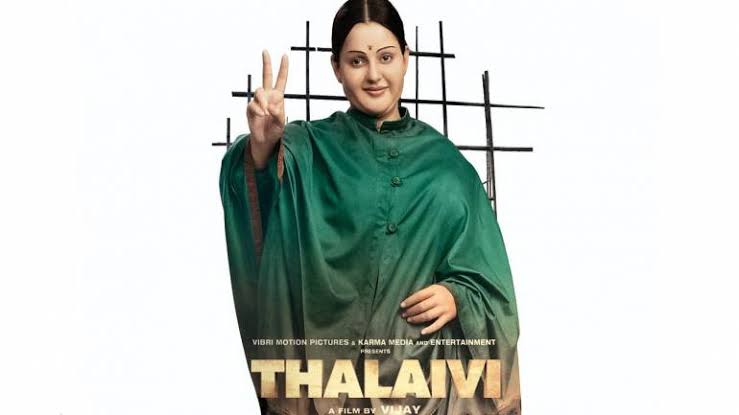 Once again Kangna Ranaut has won the hearts of Fans by providing us her next masterpiece.

Before talking about Thalaivi trailor review, let us inform you that this is biopic of South Indian beloved Jaylalita.

Indian film actress, politician, and government official who long served as the leader of the All India Dravidian Progressive Federation (All India Anna Dravida Munnetra Kazhagam; AIADMK), a political party based in Tamil Nadu state, India.

Kangna Ranaut has faced the controversy when first look of Thalaivi released on later 2020.

But when Trailor of Thalaivi launch On Wednesday , everyone was in state amusement .

After watching the trailor fans cannot imagine anyone Other than Kangna Ranaut to be fit in Jayalalita Role.

As per the Trailor , Thalaivi should cover Avery phase of veteran Jayalalita.

Her Professional, Personal , Social and all others aspects of life are shown in 2 hours movie.

Talking about the Kangna Ranaut look in movie , it is as real as Jayalalita herself . Director has not left any stone unturned .

As per the Trailor Thalaivi movie will create a milestone when it will hit the Silver Screen on 23rd April 2021.

So this was short Thalaivi Review , hope you liked it. For more such interesting hot topics visit our website Pk Cinema.