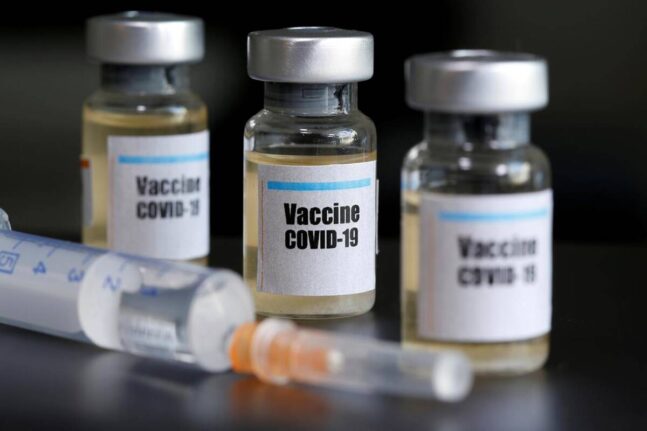 India is severely affected by the second wave of the deadly virus.

More than 2 lakhs cases are recorded on a daily basis .
Amid this, a third corona virus vaccine has been approved for use Sputnik V.

India have so far given 150 million doses of Covaxin and Covishield.
Russia’s Sputnik V deemed to be safe and provides 92% against Covid 19.

India aims to vaccinate 300 million priority people within the next two months.For this,the government decided to give emergency approvals to the vaccines which are already used in other countries.

This means that the vaccines made by Pfizer and Moderna could have become available for the people after approval.

What do we know about Sputnik V?

The vaccine, developed by Moscow’s Gamaleya Institute, initially generated some controversy after being rolled out before the final trial data had been released.

But scientists say its benefits have now been demonstrated.

It uses a cold-type virus, engineered to be harmless, as a carrier to deliver a small fragment of the coronavirus to the body.

After being vaccinated, the body starts to produce antibodies especially tailored to the coronavirus.

This means that the immune system is primed to fight coronavirus when it encounters it for real.

It can be stored at temperatures of between 2 and 8C degrees (a standard fridge is roughly 3-5C degrees) making it easier to transport and store.

When will Sputnik V available in India?

The Russian Direct Investment Fund (RDIF), which is marketing the vaccine, has signed deals to produce more than 750 million doses of Sputnik V in India with six domestic vaccine makers, according to reports.

Hyderabad-based pharmaceutical major Dr Reddy’s Laboratories will be importing the first batch of 125 million doses to India during this quarter.

Supplies will be ramped up only next quarter when six Indian firms begin making the vaccine under the supervision of Dr Reddy’s.

Until then, India will mostly depend on two previously approved candidates, Covaxin and Covishield.

So what do we know about Covaxin?

Covaxin is an inactivated vaccine which means that it is made up of killed coronaviruses, making it safe to be injected into the body.

Bharat Biotech, a 24-year-old vaccine maker with a portfolio of 16 vaccines and exports to 123 countries, used a sample of the coronavirus, isolated by India’s National Institute of Virology.

When administered, immune cells can still recognise the dead virus, prompting the immune system to make antibodies against the pandemic virus.

The two doses are given four weeks apart. The vaccine can be stored at 2C to 8C degrees.

The vaccine has an efficacy rate of 81%, preliminary data from its phase 3 trial shows.

Bharat Biotech says it has a stockpile of 20 million doses of Covaxin, and is aiming to make 700 million doses out of its four facilities in two cities by the end of the year.

The Oxford-AstraZeneca vaccine is being manufactured locally by the Serum Institute of India, the world’s largest vaccine manufacturer. It says it is producing more than 60 million doses a month.

The vaccine is made from a weakened version of a common cold virus (known as an adenovirus) from chimpanzees. It has been modified to look more like coronavirus – although it can’t cause illness.

When the vaccine is injected into a patient, it prompts the immune system to start making antibodies and primes it to attack any coronavirus infection.

The jab is administered in two doses given between four and 12 weeks apart. It can be safely stored at temperatures of 2C to 8C and can easily be delivered in existing health care settings such as doctors’ surgeries.

The jab developed by Pfizer-BioNTech, which is currently being administered in several countries, must be stored at -70C and can only be moved a limited number of times – a particular challenge in India, where summer temperatures can reach 50C.