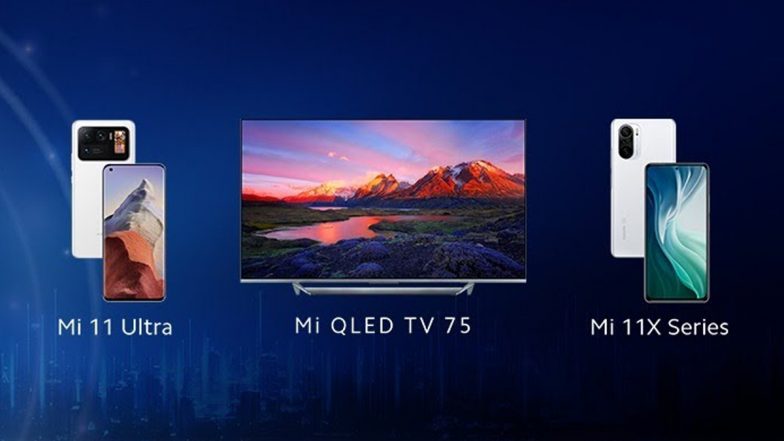 Mi 11X and Mi QLED TV 75 will go on sale in India today, April 27. Users who are interested in buying Xiaomi’s latest smartphone or TV can purchase the items through the company website.

Meanwhile, the smart TV runs on Android TV 10, with both the stock Android TV interface as well as Xiaomi’s PatchWall user interface.

The smartphone is powered by the Qualcomm Snapdragon 870 SoC, paired with the Adreno 650 GPU.

Under the hood, Mi QLED TV 75 has a quad-core 64-bit A55 processor, paired with 2GB of RAM and 32GB of internal storage.

There is inbuilt Chromecast as well as access to Google Assistant. It will work with Alexa voice assistant in the coming weeks through a software update.

Other features include HDMI 2.1 compatibility, and auto low-latency mode (ALLM) for better performance with gaming consoles.

Must read – Precautions to keep in mind before selling old phone.