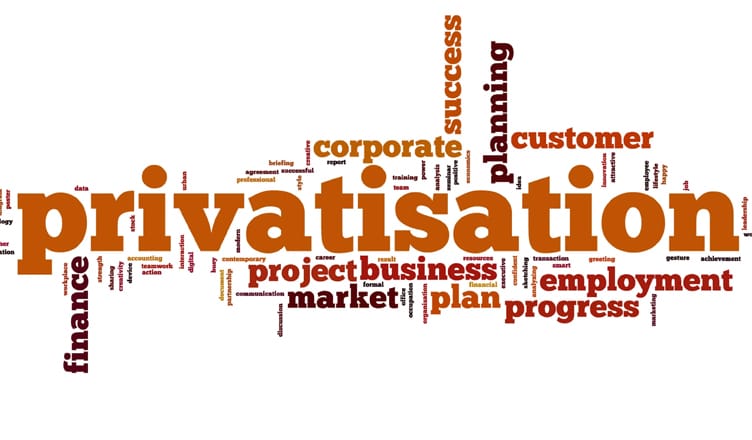 Here are some key factors about government stretagey behind privatising public sectors.

The government has “no business” to be in business .

The prime minister further said that it’s the government duty to provide support to enterprises and businesses but it is not mandatory that government should run them.

Mr prime minister added that we cannot continue with public entities just because they are operational for long .

There is a strong need for change in the system.

What are the reasons for privatisation ?

The main reason to bring privatisation is that it brings modern technology,  a change in management mindset and creates more efficient job opportunities.

Other reasons for privatisation includes a large benefit to the public as the money comes from monetization will be utilised to enhance basic facilities like rural development, safe drinking water and cheap housing.

Hence, It will not only produce require fund but also boost investing drive.

Which companies are going to privatise?

Is privatisation good for India?

Privatisation is beneficial for the growth and sustainability of the state owned enterprises.

To achieve an increase in the output of the country ,there is a need of privatisation at a rapid scale which will help in improving quality of products, hence curbing public spending and raising cash to reduce public debt.

What are the adverse impacts of privatisation?

The concept of welfare is going to extinction due to privatisation .

Private sector would not care about society as their aim is to make profits.

Incase of privatisation,there will be fewer funds for society development.

Private companies may provide short term benefits but an employee is always unhappy  about his future .

Must Read – what are Mortgage Loans